As a socially conscious company built on diversity and tolerance, it seems only fitting for our team to share our personal stories on these subjects. Culture influences our beliefs, values, and traditions—what is close to our hearts. But our accounts of culture don’t start with us. These narratives trail back to our ancestors seeking refuge from war, discrimination, traveling great lengths, and working tirelessly to support us. Thanks to our loved ones, we’re here to share and appreciate their stories.

“My family has long and deep ancestral roots in the US, but still are no strangers to the challenges that force families to seek refuge. All four of my grandparents migrated from the south during The Great Migration in search of a better life—one where their lives would mean more and they could earn a live-able wage for their families.

Through this migration, my paternal grandfather who only had an 8th grade education was able to escape the crippling grip of the Jim Crow south to get a job at a steel mill, afford a middle class life, and pay his children’s way through college.”

“My mother, brother and I arrived in the United States in search of a better life. For a woman who was leaving everything familiar to her behind, she showed no signs of uncertainty and fear. From her, I learned how to be brave and show up for the people I care about even when you are terrified. I thank her every day for teaching me the act of persevering in the face of adversity.”

“My great grandmother, Margaret Whitney, was an immigrant from Ireland. She came over on the sister ship of the Titanic. If she hadn’t shown up to the docks a day late there was a chance she could have been on the Titanic!” 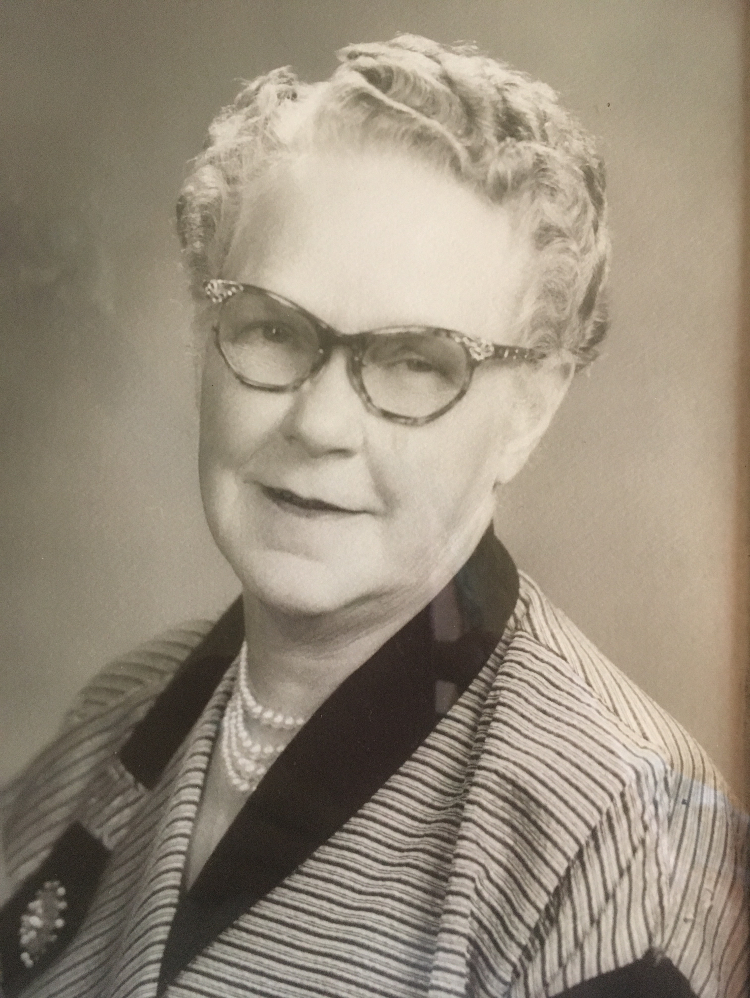 “My Grandparents defied all odds when they decided to leave communist Cuba and enter an unfamiliar and predominantly white area. Rather than making it in Miami where most of the Cuban immigrants resided, they wanted to set their own path and move even further from home to a little island town in the Bay Area. With them, they brought nothing but there life savings and a few memorabilia of the place they would not see for years. Discrimination at an all-time high they remained proud to have legally migrated to their own new country with only pocket change and an English to Spanish translation dictionary.” 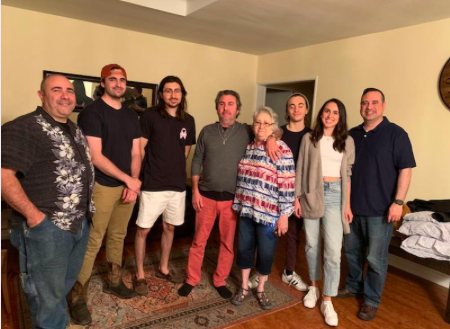 “The story of my ancestry begins with my great grandparents in Kahramanmaraş, Turkey, escaping the Armenian genocide as teenagers. My great-grandfather is said to have hidden in sacks of flour during the Genocide, escaping the blades of tyrants who sought out innocent citizens because of their Armenian culture. The most prominent of these elder figures is my grandmother, Azniv, who recounts this entire history. Born in Lebanon, grandma and her six siblings fled the then Arab-Israeli war-torn region. My grandmother then attended the Melkonian Educational Institute in Nicosia, Cyprus at age sixteen. Whether it be pursuing a diploma at Melkonian in the Commercial School of the Armenian General Benevolent Union, trying her hand at nursing school in England, getting her start in America at a telephone company, or keeping three jobs to raise her children, my grandmother’s outstanding quality is her unrelenting strength and resilience.”

“My great-great grandfather’s family came over from Germany when he was three years old right before WWII in search of a better life. As a family of 8, food was usually pretty scarce and they spent much of their time in Germany starving and searching for work. In America, my great-great grandfather and his siblings were able to find steady jobs that helped them create a stable life for themselves. Though they were grateful for all the opportunities gave them, they always made the effort to keep alive and pass down their German traditions and culture.”

“I am a first generation Colombian-American, and my first language was Spanish. My mother and father both grew up in Colombia. My mother grew up in a small town called Apulo and my father grew up in Bogota, the capital. They met in college while pursuing their degrees as industrial engineers. They were married for ten years before I came into the picture. They also had a fairly successful business together designing and installing electrical systems for new business buildings and apartments. Though things were well for them for most of their relationship; my mother grew tired of my father’s infidelity and bad habits. So, she decided to leave him and move to the USA to start a new life. My father didn’t want to lose my mother. Begging and crying wasn’t enough. None of his efforts were enough to get her back. Before she left her friends and family had a going away party. During my father’s goodbye to my mother, he left her with a “present” she would later find out about. That “present” was me. She was so caught up with trying to start her new life that she didn’t know she was pregnant. The first person to mention it was an aunt Lulu. She noticed some of my mother’s features had changed and made her take a pregnancy test. This revelation changed everything for my mother. She thought about going back to Colombia, but she couldn’t let herself take the easy way out. She had dreams. Dreams that would later come true. All thanks to her strong character and ambition. She decided to stay in the USA and keep me. Two decisions that I can’t thank her enough for making.

After having me, the only work she could find was as a cleaning person and other labor-intensive jobs. Since her degree isn’t acknowledged in the states, and since she didn’t know English, it was the only work she could get. She didn’t have a whole lot of money to spend on a babysitter so I went with her to all if not most of her jobs. I got to see first-hand what her struggles were to keep her and I afloat. I have so many memories of her and I walking to and from bus stops. I never complained and was always quiet because I knew the importance of what she was trying to do for us. Once I was old enough to go to school things got a lot easier for her. I remember my days in pre-school not knowing what anyone was saying. I learned English interacting with other kids and watching cartoons. Sesame street and transformers were my favorite shows.

This is my story of how my mother immigrated to this country, the years that lead up to her coming to the states, and the first few years of my life. She came here in search of a better life; a better chance at having a greater quality of life. And I can’t thank her enough for her choices. Her Name is Helena Arevalo. And I owe everything to her.” 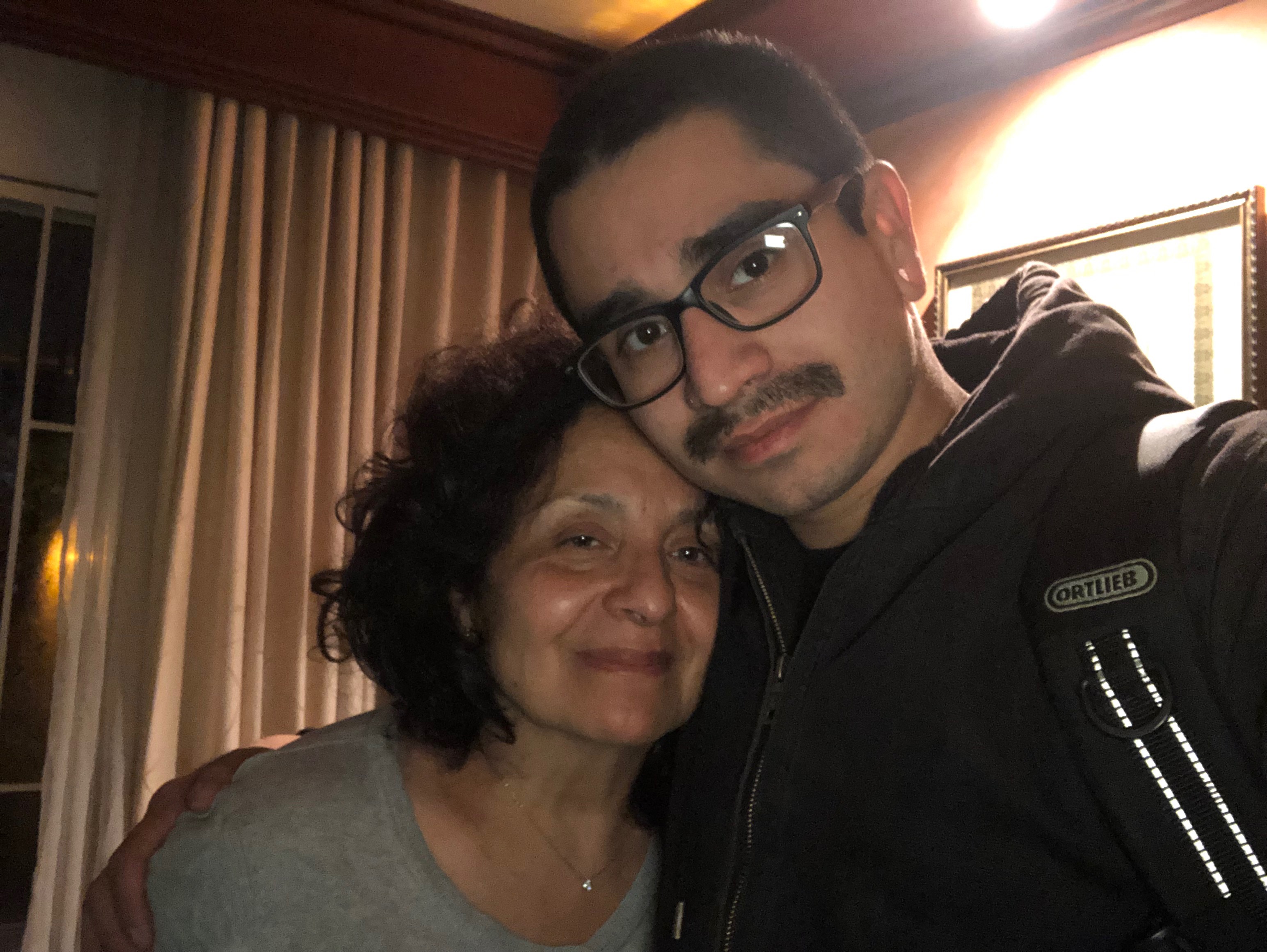 We’ve loved sharing our stories with you and hope that they provide a connection to the Zoe Elle community. We are embracing what makes us unique and the similarities that hold us together. The marginalization of immigrant communities attempts to undermine culture based on fear of what is different than the norm. However, we appreciate our cultural identities because they provide a sense of self that makes us feel important and valued. We’re bold, authentic, and unapologetically ourselves. You are too.

Sign up and stay up to date on industry news, upcoming events, and exclusive discounts on woman-owned sustainable items that you love!